Here are some of the birds we got pics of at Colusa National Wildlife Refuge in California: 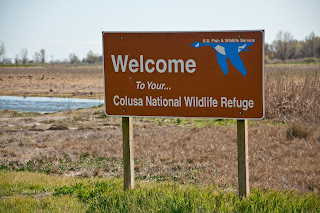 Have fun birding and getting outside. I also got 2 new year birds today, Barrow's Goldeneye at Fossil Creek Reservoir and a Franklin's Gull found by Cole Wild at Ketcher Pit.
Skyler

Trip summation, then some more!

As the sun sets over the hot Front Range of Southern Colorado I realize I am half way to my goal of 400 birds this year with an amazing returning number of 253 birds. Sorry for not posting forever but we have had no internet access for the whole rest of the trip. In the end we took a detour to Tucson, Arizona and also scored there. In one week we traveled 3000 miles and 226 birds. I have decided to do a post every night for our trip until I have reached the current time. Once again sorry about the inconvenience. I hope all of the people reading this blog have seen good birds to and also had a good Saint Patties Day.

Yesterday at 4:30 AM we got up and left Denver Airport at 8:00 AM. We arved in Reno and the birding was on! After the first five minutes we had 17 bird species and weren't even into California. Our next stop was Donner Lake where we located 3 new birds; Golden-crowned Kinglet, a life bird, Williamson's Sapsucker, and Lesser Goldfinch. Now in the 70 degree heat of the Sierra Mountains we moved on to central valley and Sacramento, the Capitol of California. Colusa NWR was the place to be. Here was where all the birds where. We saw:
4 Black Phoebes
6 American Bittern
120 Greater White-fronted Goose
8 Savannah Sparrows
20 Black-necked Stilt
49 Great Egrets
54 Black-crowned Night-Heron
5 Snowy Egret
1 Lincoln's Sparrow
15 White-faced Ibis
6 Turkey Vultures
12 Brown-headed Cowbirds
2 Barn Swallows
16 Tree Swallows
25 Marsh Wrens
30 Long-billed Dowitcher
2 Least Sandpiper (life bird)
1 Dunlin (life bird)
3 Lesser Yellowlegs
2 Common Moorhens
3 Ring-necked Pheasant
1 Loggerhead Shrike
1 Red-shouldered Hawk
1 California Towhee (life bird)
2 Nuttal's Woodpecker (life bird)
1 House Wren
California birding is some of the best birding I have ever seen. I hope that you can visit this wonderful birding destination.
Skyler Bol
152
Posted by Skyler Bol at 12:08 PM 3 comments:

Today I was sitting reading my bird book and thought, "what are the regulations for counting the California Condor". I have seen these birds in the Grand Canyon before, actually 3 (2 adults, and 1 juv.). Can any Condors be counted?
Also in the world or rarities a COMMON SNIPE just showed up in the mountains of Colorado and it has to show up right when we are leaving for California. Hopefully we will be able to get this bird when we come back. We will try for the Tufted Duck in Oakland. Here is our scedual for California (it will probably change a lot in the corse of the trip):
March 10- fly into Reno Nevada bird there a little then drive to San Fransico
March 11-12- stay in San Fansico and bird and visit friends
March 13- Point Reyes and Bodega Bay
March 14- head down to southern Cal. for the rest of the trip.
Thanks for any help given.
Skyler Bol 116
Posted by Skyler Bol at 2:12 PM 2 comments:

"Was that a Peregrine Falcon?", that sentence will always be stuck in my mind as a birding day of 73 species came to an end, only 1 mile away from my house in the middle of suburbia. That was only the second Peregrine that I had ever seen in my 1 1/2 years of birding.

As I woke up at 7:00 in the morning my dad said there was some Evening Grosbeaks in a small town in the mountains (Boulder County) called Allenspark. "Why not, that could be a good year bird", I thought. So we drove, drove until we found a local reservoir (Ryan's Gulch Res.) covered in a sea of migrating birds. We quickly diverted to a neighborhood right on the reservoir edge. As I scanned in the scope for any new birds a beautiful Greater White-fronted Goose swam through the scope almost the exact same time my dad said, "I got a white goose on the opposite shore". I quickly diverted my scope making sure to tell my parents where the GWF Goose was. Sure enough it turned out to be a Ross's Goose, a bird that we already had seen this year. As the hour wore on two tiny ducks flew in eluding my parents view and flying onto the ice about 30 feet away. As it turned out, both birds were Cinnamon Teal, a great new year bird.

With 32 birds and 2 new year birds we headed to Allenspark where we were able to photograph the two new year birds as shown below with this beautiful Clark's Nutcracker.


After our mountain trip and a list of 52 bird, back in Ft. Collins we decided to head east. The only other new bird I got was a Say's Phoebe at the south end of Timnath Reservior. Thanks to everybody who helped me on that day.

Once again I am face with the lack of diversity in Colorado so this weekend (spring break) we are, as planned, going to go to California for a week and score on all the wonderful birds in all of California. Hopefully we will make it over 200. We will hit all of California from Point Reyes south to the Salton Sea and I am excited because I have only been there once when I was six and not birding. Hopefully I will score!
Skyler Bol
116
Posted by Skyler Bol at 4:55 PM 1 comment:

Sorry for such a late post but we have been so busy that I haven't had time to post. Anyway, last weekend my whole family made the 2 hour drive up to Cameron Pass where the Moose Visitor Center lies tucked into the snow covered white forest. In search of Pine Grosbeaks and Rosy-finches, we did not turn up empty handed. We arrived there at about one o'clock just as a flock of about 150 Gray-crowned  and 2 Brown-capped Rosy-finches landed in a nearby spruce tree and on the center's bird feeders. The common Gray-crowned Rosy Finch was  a new bird for my year list.

Soon after a large gang of bullying Pine Grosbeaks came in and stold the show. After our final count of this new year bird our number was 16. This bird I think is truly one of Colorado's mountain gems.
After getting a quick look at a White-throated Sparrow, a first county record for Jackson County, we headed to North Park to find some grouse. Sadly no grouse showed but this Rough-legged Hawk sat out the 60 mph wind on a  large bulky fence post.
Good luck birding!